A NEW VAN FOR THE SEED

All that was missing from Garrett Scott’s attire on Monday, December 18 was his Santa hat.

With local media on hand, the chief operating officer for The Scottsville Auto Group presented the Red Deer Mustard Seed with the keys to a new Nissan NV cargo van worth almost $40,000.

Asked how it ranks in terms of Christmas gifts, The Seed’s Byron Bradley responds without hesitation, “Number one, absolutely!”

The managing director for The Seed in Central Alberta says, “It’s such an amazing gift for us…We rely solely on the community for the work that we do to care for the most vulnerable citizens.”

Putting a premium on safety, the van comes complete with a winter tire package and five years of free maintenance.

“This vehicle can’t afford to be off the road,” Scott explains.

Over the past year, The Seed in Red Deer has served more than 17,000 dinners, delivered over 53,000 lunches to needy school children, offered spiritual care to 819 individuals and provided advocacy support to 445 clients.

A vital link to The Seed fulfilling its mission, the van is scheduled to be on the streets of Red Deer six hours a day, five days a week to pick up donated goods and supplies from the 18 different businesses that contribute on a regular basis.

But perhaps the person most excited about the new vehicle is Brian Snyder, the guy who gets to drive it.

For the past year and a half, Snyder has had to put up with an aging 2005 Toyota Sienna minivan. Bradley says it needs about $8,000 in repairs, doesn’t run well, and even the heating system only works intermittently.

As he’s driving around in the winter, Snyder says, “Now I can be warm.”

But Snyder is particularly ecstatic that the new cargo van offers almost twice the carrying space of the old minivan.

Saving both time and fuel, Snyder explains, “I’m able to stack more efficiently and do more of the pickups before I have to go back and unload.”

As a further bonus, Parkland Fuel Corporation through its Fas Gas stations has committed to give $10,000 in free gas over the next two years.

Community Development Specialist with The Seed, Scott Tilbury, says it’s more than what was requested and should cover all of the gas needed for the new van.

After hearing about the great need, Scott says, “It didn’t become a hard decision whether we should do this or not.”

Scottsville operates three dealerships in Red Deer, with the oldest, Kipp Scott GMC celebrating its 50th year in 2018.Yet at The Seed, Scott says, “What they do is far more difficult than we do everyday here. So being able to help this way feels pretty good.”

Established in Calgary in 1984 and Edmonton in 1988, The Seed has just been operating in Red Deer for the past year and a half, taking over from Loaves & Fishes which had been active in the city for the past quarter century.

In the short time it has been here, Bradley says the number of school lunches prepared each day by The Seed has increased from about 250 to as many as 385.

Serving primarily elementary students, but available in almost all city schools and to all grade levels, recipients are recommended by teachers and administrators.

“For many of them,” Bradley says, “it is their first meal of the day.”

But rather than see the program continue to grow, Bradley explains, “Our goal is to address the root causes of poverty.”

Chef Sue Dow has already done some work in the schools. And Bradley says, “We aspire in the future to get kids more involved hands-on with lunches, teaching them about nutrition.”

With the core of The Seed’s work volunteer driven, Bradley says, “We had over 4,600 volunteers come through our door this year." 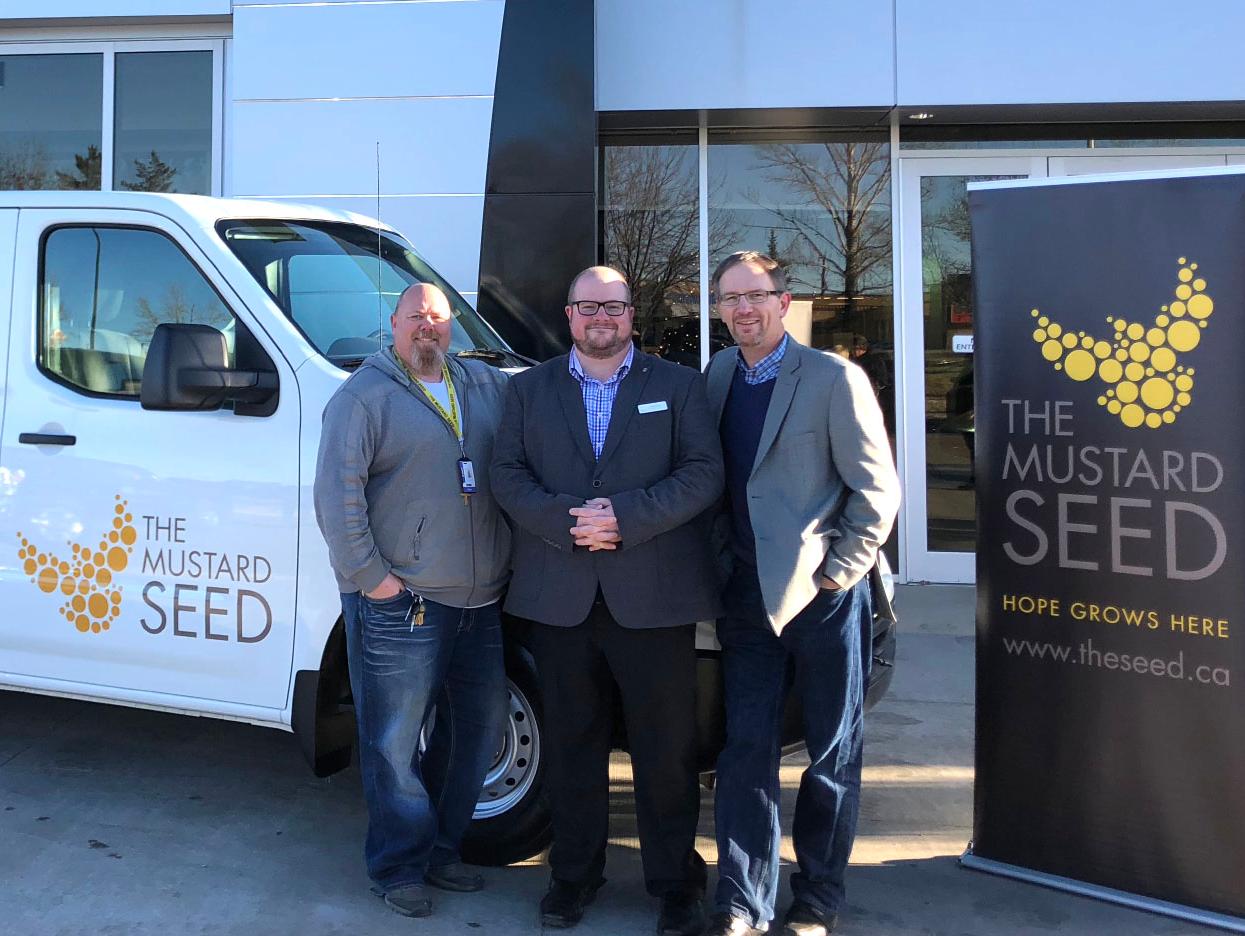 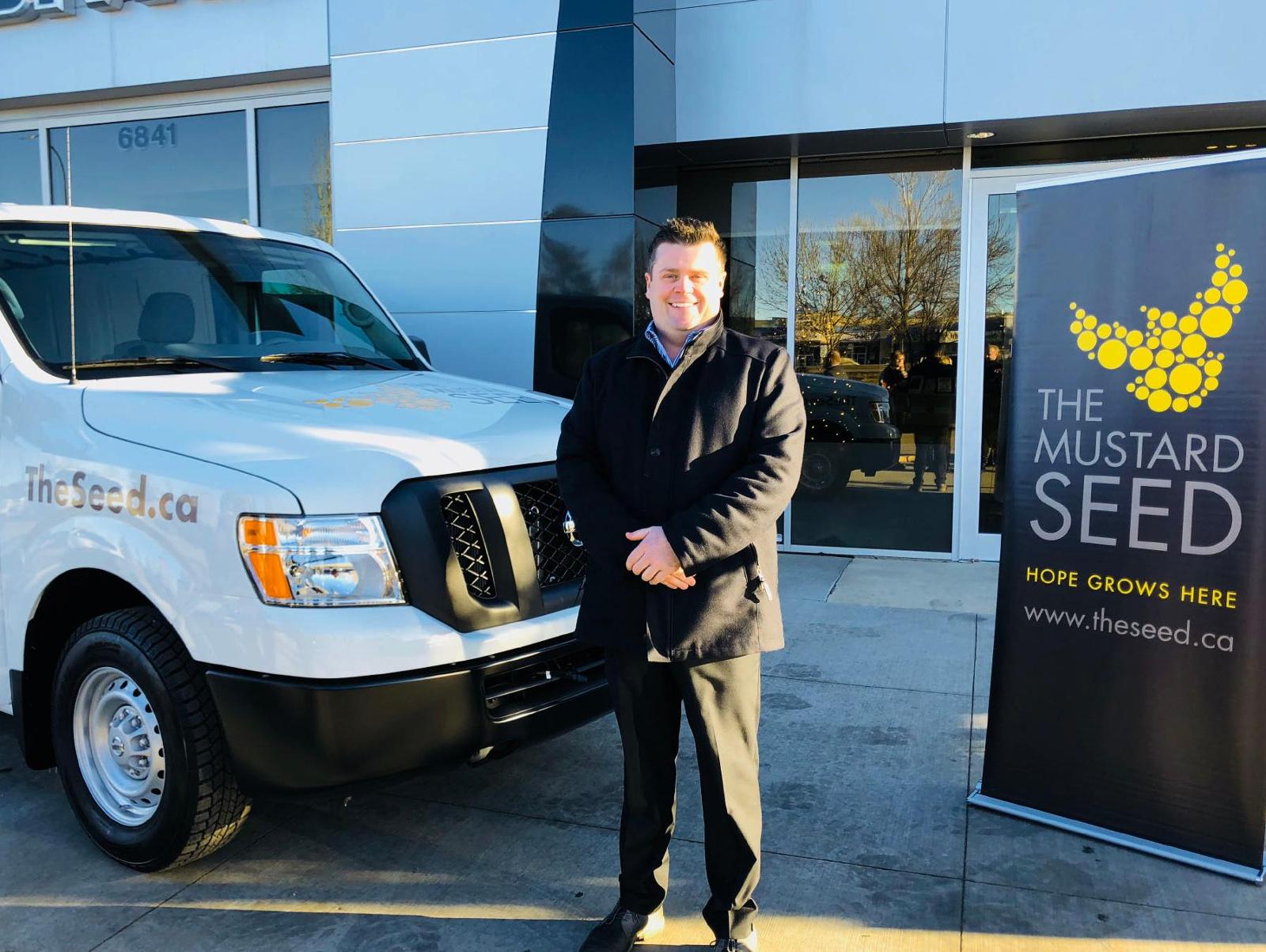