The name Avenir has been used a few times already by Buick, and now it’s back. This time, it’s in the form of the brand new Buick LaCrosse Avenir unveiled at the Los Angeles Auto Show. The Avenir name has been attached to some of Buick’s highest-end models and concepts, and that’s what it represents in the Buick LaCrosse lineup as well. In other words, the Avenir version unveiled in Los Angeles is the most upscale model in the LaCrosse family, and will allow the model to compete even further with the likes of Cadillac and Acura.

A fully-equipped model awaits you in the Buick LaCrosse Avenir

The Buick LaCrosse Avenir is a top-of-the-line model featuring just about everything you could ever want from a full-size sedan. In other words, it is fully loaded. All-wheel drive is available, and the Buick LaCrosse Avenir is powered by a 310-horsepower V6 engine paired with an efficient and advanced 9-speed automatic transmission. There are also a wide range of features found both inside and out.

Examples include: 20-inch wheels, a Bose Centerpoint premium audio system, a wide range of active safety systems, premium leather upholstery, a beautiful and exclusive trim for the interior, and all of the comfort and technology features you would expect from a high-end Buick.

These combine to form one of the best representations of what Buick can offer in terms of luxury and refinement. On the road, the Buick LaCrosse is already a very capable sedan that is both smooth and quiet, but with the Avenir level, buyers will also get the very best features and the most luxury.

When it comes to providing buyers with everything they could ever want from their full-size sedan, the Buick LaCrosse and the new Avenir version cover all the bases. The LaCrosse Avenir will hit showrooms in early 2018. Come see one at Kipp Scott GMC Cadillac Buick! 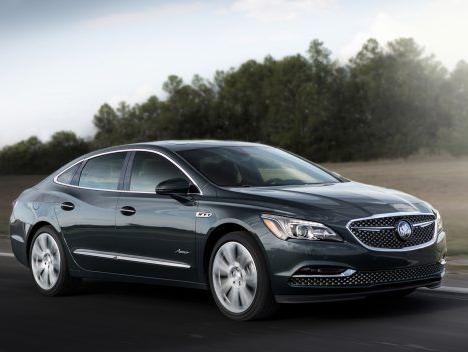